We’re just a couple of weeks from the launch of Samsung’s latest flagship lineup. There have been plenty of rumours and leaks so far. The latest has brought us a plethora of renders for the entire series in addition to details about the specs of every model. We’ll continue to see more leaks ahead of the official launch.

Like clockwork, the rumour mill spits out a prediction every year that Samsung’s upcoming Galaxy S flagships are more expensive than their predecessors. Those rumours often turn out to be inaccurate. They were completely wrong in 2021 when the Galaxy S21 series got a $200 price cut for all three models. Samsung didn’t raise prices for the 2022’s Galaxy S22 series either.

The company has confirmed that it’s going to unveil the Galaxy S23 series on February 1. The yearly rumour of a price increase has now surfaced. It’s said that the upcoming flagship lineup will be $100 more expensive across the board. If the rumour is accurate, this means that the Galaxy S23, Galaxy S23+ and Galaxy S23 Ultra will start at $899, $1,099, and $1,299 respectively.

It’s important to note that Samsung did charge more for the Galaxy Watch 5 series launched last year. The company didn’t raise prices for the Galaxy Z Fold 4 and Galaxy Z Flip 4 foldable, though, likely because it’s willing to take a hit on the margins for the foldable in order to increase sales.

The rumour seems more plausible this time, partly because of the global economic climate. Inflation is at a record high in a lot of markets across the globe. Component costs have also risen and they eat into Samsung’s margin on these devices. Samsung can either choose to keep the prices where they are and reduce the profit it makes or pass on the impact to customers. With the company posting a record profit decline recently, it’s not exactly in a position to leave money on the table.

READ ALSO  How To Use ChatGPT And All About AI

Inflation is biting everyone and it will contribute to a reduction in demand for high-end expensive phones. Customers are being more stingy with their money and a lot of them may not be able to justify spending upwards of $1,000 on a smartphone anymore. In such a scenario, it may seem counterproductive for Samsung to raise prices. However, Samsung’s ultimate competitive advantage will help limit any potential downfall of this price hike for the company.

It’s important to consider that the current global economic climate has priced out flagship phones for a lot of customers. They simply won’t be buying a premium phone, not from Samsung, not from any other manufacturer. The Galaxy S23 price increase won’t be the reason why they don’t buy one. As such, the impact will be limited. The price hike is not going to lose any customers for Samsung that weren’t looking to buy its phones in the first place.

Customers who are in a position to spend $900 or more on a smartphone may need more reasons to justify such a big purchase in these uncertain times. Fortunately for Samsung, it provides quite a few of them, and that’s precisely what functions as its ultimate competitive advantage over other manufacturers.

Samsung has built an incredible relationship of trust with its customers. For more than a decade, it has shown consistency in delivering mobile devices of a higher quality than the competition. Customers know all too well that Samsung doesn’t cut corners when it comes to materials, components, and build quality. Its premium devices have been built to last and many of us who are still rocking older Galaxy flagships, my Galaxy Note 10+ is still in heavy daily use, can attest to that. When customers have trust in a brand they are likely fine with having to pay a bit more as long as it gets them better quality. Think about it, would you rather buy a $700 phone now only for it to die on you two years later or an $899 phone that will last for longer?

Brand loyalty further enhances Samsung’s competitive advantage over its Android rivals. There are countless people across the globe who swear by its devices, particularly its Galaxy S series. The lineup has continued to be one of its best-selling products for over ten years. It’s not easy for a company to build a fanbase like that. Samsung can count on their willingness to support their brand even after a price increase.

Samsung’s solid brand image ties into that as well. There tends to be a positive image and perception of its flagship phones in general. Samsung’s premium phones are considered to be the best in the business. The company’s global service and support network provide customers with the peace of mind that they’ll be able to get expert help should they need it. These are important considerations for customers looking to pay top dollar for a phone.

This also leads to a higher perceived value. Customers believe that Samsung’s products are more valuable compared to others on the market. This makes them justify the higher cost and more willing to pay it. The underlying trust in the brand gives customers confidence that Samsung will continue to push the envelope, innovate, and reliably support its devices for the foreseeable future.

Samsung hasn’t confirmed the official pricing for the Galaxy S23 series at this point in time. The company is only going to do that come February 1. Fans would obviously be happy if the rumours turn out to be inaccurate and Samsung sticks with last year’s pricing for the Galaxy S23 lineup. However, given the economies, as they are, it seems rather implausible for the prices to be maintained.

The company understands all of these elements and has a lot more data at its disposal that tells it that a $100 price hike wouldn’t matter much in the grand scheme of things. If the decision has been made, it would have been an informed decision after considering all of the outcomes that this price hike could generate. Evidently, it would be confident that the Galaxy S23 price increase won’t do much to dent overall sales. 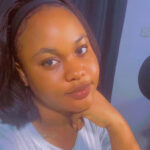 Samsung A73 Vs Reno 8 Pro: Clash of Mid-range Phones