PRIME BUSINESS AFRICA is in possession of  BBC Africa Eye’s investigation on Ugandan killings in November 2020 which found new evidence that security forces fired live ammunition indiscriminately at people on the streets of the capital, Kampala, killing and injuring ordinary citizens including women and children.

The killings happened in the run up to Uganda’s elections, as the police and the army responded to violent protests sparked by the arrest of the opposition candidate Robert Kyagulanyi, better known as Bobi Wine.

BBC Africa Eye said Ugandan government acknowledged that more than 50 people were killed in the crackdown of November 18th and 19th, but defended the use of live fire, saying its security forces were responding to rioters.

But BBC Africa Eye’s documentary ‘Three Killings in Kampala,’ which is based on the analysis of more than 400 mobile phone videos and the testimony of more than 30 eyewitnesses, presents damning new evidence that security forces shot peaceful Ugandan citizens.

The film documents a killing spree on Kampala Road in which seven people were shot—at least four of them fatally—in the space of a minute or so, and shows video evidence indicating that the killers were Ugandan security forces firing from a marked police truck with the registration UP5564.

The first person to be killed on Kampala Road on November 18th was Kamuyat Nangobi, a 28 year-old food vendor and mother of four young children. She was delivering a plate of food to her grandfather, Muslimu Musimami, at around 2pm when she was shot in the back of the head.

60 metres away and just a few seconds later, John Amera, a 31 year-old father, was killed by a bullet to the chest.

23 year-old Abbas Kalule, a local man who was closing the shop where he worked, was next to be shot. He took a bullet to the upper leg and died in hospital four days later.

At the end of Kampala Road, eyewitnesses said, the police truck turned north. But the killing was not over. John Kitobe, a 72 year-old retired accountant who had gone into town to change money, was standing at the entrance of the Mabirizi shopping mall when he was shot in the neck. Kitobe died at the scene. Video evidence shows that another man was also shot at the entrance to the shopping mall, the only one of these victims the BBC has not been able to identify. He was shot in the pelvis.

The crucial evidence indicating that Ugandan security forces were responsible for this killing spree is a mobile phone video that shows a police truck, marked with the identification number 17, driving at speed down the Kampala Road at around 2pm. Just as this truck passes Kamuyat Nangobi, a shot is fired and Nangobi falls to the ground.

BBC investigators found another video of this same vehicle, filmed just moments before the killings began and less that 300 metres away, clearly showing the registration number UP5564 as well as the faces of four armed men seated on the left side of the truck—the same side that was facing towards Kamuyat and the other victims as the vehicle sped down Kampala Road.

Responding to the BBC, the Ugandan government acknowledged that four people were killed on Kampala Road on November 18th but attributed their deaths to “stray bullets.” They confirmed that UP5564 is a police patrol car, but said they had no information linking it to indiscriminate shooting.

The BBC team spoke to Kamuyat Nangobi’s mother and sister in a village in eastern Uganda, where they are now caring for the four children orphaned by the shooting. Nangobi’s mother, Zikaje Takumala, said “If I ever see the person who shot Kamuyat I will ask them to shoot me too. What hurts me most is that I will never see her again. I don’t have any support. How will I support the orphans?”

Kampala Road was not the only place where peaceful bystanders were shot. Another mobile phone video shows that seven kilometres away, and at around the same time on November 18th, two young women were shot on Jinja Road.

The BBC’s investigation includes eyewitness testimony and video evidence indicating that these women, who were sisters, were shot by security forces from the window of a passing government vehicle. One sister, Shakira Nabirye, was the mother of a newborn baby. The other, Shamim Nabirye, was pregnant with triplets. Both women survived gunshot wounds to the abdomen, but Shamim lost her pregnancy. “We were taken to Mulago National Referral Hospital,” she told the BBC. “I came round at midnight after I had received a medical operation…one day after the operation, I lost the pregnancy…I lost my children, and I loved them.”

The sisters said they had received no compensation for their injuries or for the loss of Shamim’s unborn children. The government told the BBC that it has no record of the shooting, and claimed that the incident had not been reported to the police.

The third and final killing investigated by the BBC is based on the most disturbing video to emerge from the crackdown. Filmed on November 19th, it shows a 15 year-old boy, Amos Ssegawa, bleeding from a gunshot wound to the mouth while his mother screams for help. 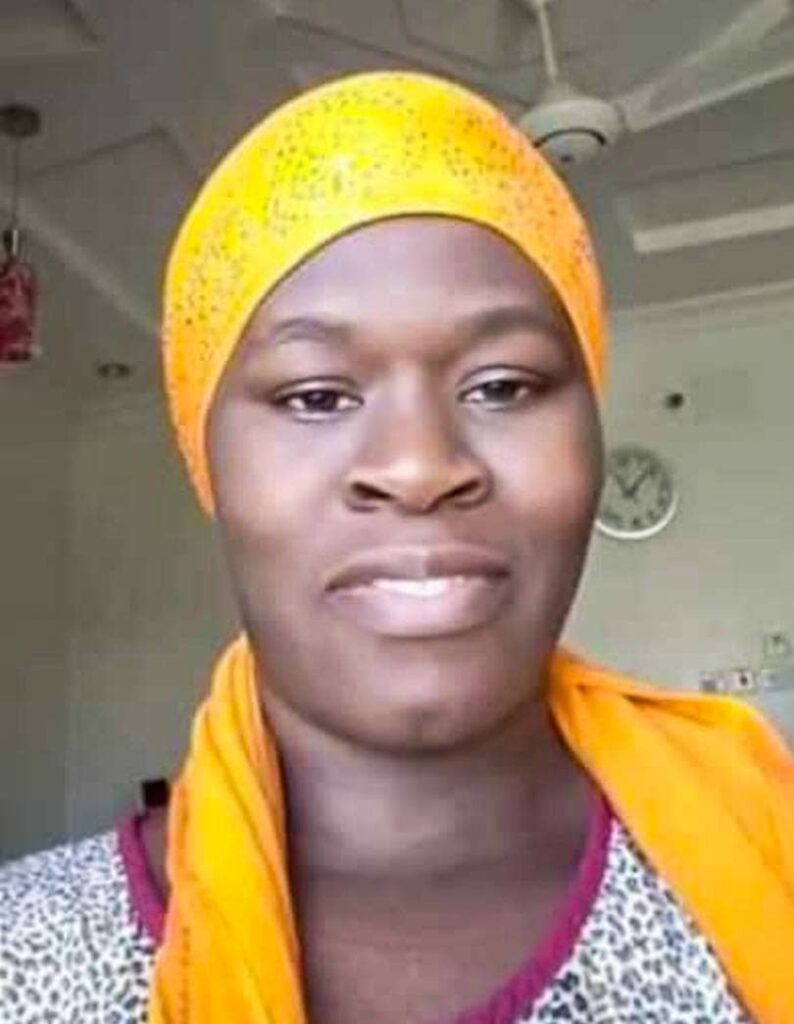 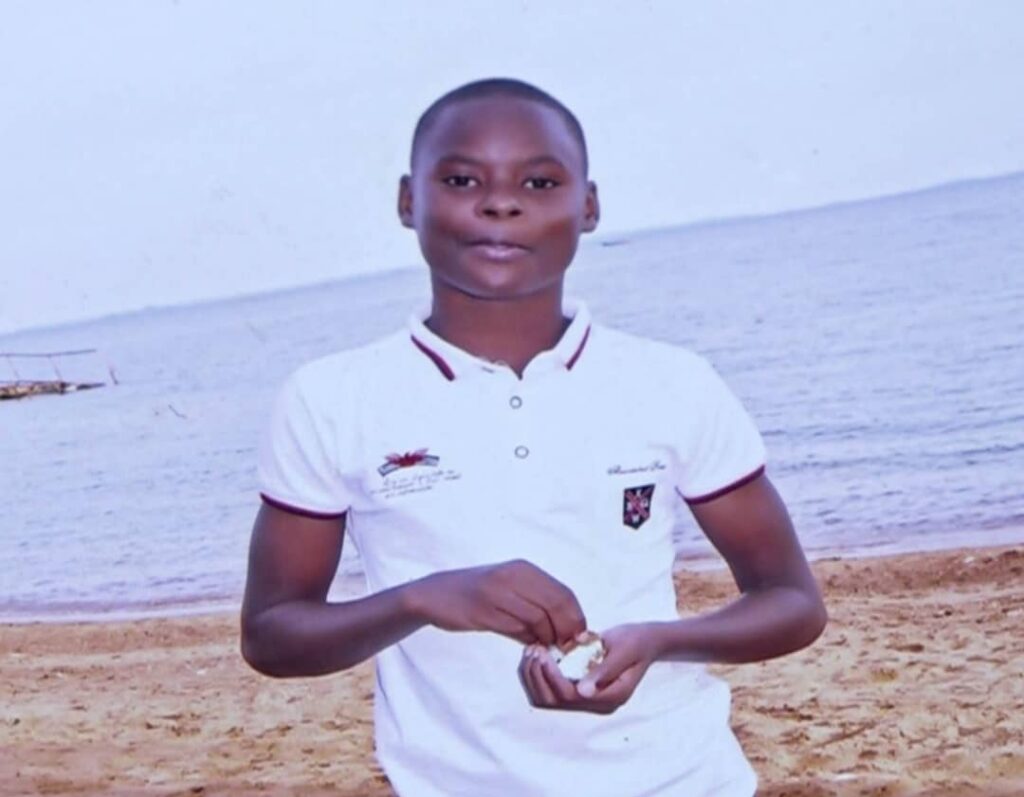 Amos and his mother, Hajarah Nikitto, were walking home together along Kafume Mukasa Road in Kampala when, according to multiple eyewitnesses, a military truck came down the hill firing live ammunition. Amos was shot in the face. He was taken to hospital on the back of a motorbike but pronounced dead on arrival.

“They were aiming directly at the people and shooting at them,” Nikitto told the BBC. “It was the military that shot my child.” The BBC has gathered new evidence in support of that claim from two other people who saw the shooting with their own eyes. Both said the boy was killed by Ugandan soldiers. “I knew they were soldiers from the numbers on the truck,” one said. “They were UPDF. They were dressed in green camouflage.” None of these witnesses feels safe enough to testify in public.

Responding to the BBC, the Ugandan government admitted that Amos Ssegawa was killed on November 19th, but again attributed his death to a “stray bullet.”

Hajarah Nikitto, the boy’s mother, is now taking legal action. She wants the Ugandan authorities to identify and charge the soldier who killed her son, and to pay compensation for his death. She also wants the government to acknowledge that his killing was arbitrary and illegal, and constituted a violation of his basic human right to life as guaranteed by the constitution of Uganda.

Less than a week after these killings, Uganda’s Minister of Security, Elly Tumwine, said the government was investigating the deaths. More than six months later, no public enquiry has been held and no investigation has been published by the Ugandan authorities. The government told the BBC that the deaths had been investigated, and that a report had been tabled in parliament.