In other words, mistakes cover the whole spectrum of our existence. Our decisions or indecisions, acts or inactions; all running through a plethora of daily activities and interactions that make up our whole existence. From kindergarten to our senior years and other phases in-between.

We can make mistakes in choice of school, careers, partners, association, choice of response. Even to the ones we consider mundane Choice of dress jewelry shoes Etc.

We are daily faced with decisions and choices. Sometimes we do make perfect choices. Other times we make wrong ones. All based on information available that galvanizes our engagement. Or decisions based on our perceptions.
Along our path in life we certainly have a not so pretty basket of mistakes . Some avoidable and some inevitable. Sometimes we realize it other times we don’t and keep making them as we traverse the earth.

It’s not possible to live a mistake free life or a curated life devoid of mishaps and monumental blunders. From inappropriate actions to words unfitly spoken that can’t be taken back.

In more recent times from Africa to the west it’s been a harvest of public slaps. While debates are heated in so many quarters as to if breeding or cultivation, control and social intelligence should not have played a role in the outcomes of both incidents. From avoidable slaps to avoidable jokes, the clear fact remains man is infallible. The slaps happened yesterday and today is a new day. Both the slapped and the slapper have surely had enough time to think what they would have done differently. 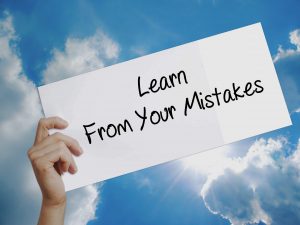 Intermittent introspection helps us once in awhile,

Introspection doesn’t come easy and not too many engage in such emotional heavy lifting like introspection.
Given that self appraisal is not particularly a complimentary exercise introspection helps us to be more guarded and guided.

So here I am sitting with my dress maker Yomi to finish my regular shirt dress and in the madness of it all as is the case with most low income business places. The generators are practically trying to outdo each other in both noise pollution and dangerous emissions.

READ ALSO  Messi Stands Head And Shoulders Above The Rest

So the game on the app was ” What is your mistake?” I was taken aback because I had just run through my lifelong mistakes in my mind and assistant mistakes plus it’s associated outcomes. But this particular mistake takes the cake and it took me awhile to realise it was a mistake . It’s embedded in my personality so much so that I may not particularly stop making it. It’s actually an innocent state of my being and only becomes a mistake when certain parties with certain proclivities react negatively to it.

Anyway I click on this guru ” witchcraft” app to tell me my mistake and for the first time it fails woefully. It tells me ” Uri your number one mistake is not realising how incredible you are and what an amazing person you are” I laughed out loud. It was like gotcha.Guru app you are so wrong. Felt like watching a movie on YouTube and the interpretation app is on. Gosh I get distracted by the silly algorithm that just can’t interprete properly. Sometimes I laugh other times I just try not to look at the words on the screen. Especially when they interject with vernacular and the bloody app goes gibberish on the screen.

Anyway back to the Mistake story. The coincidence of the app and my thoughts was what got my attention though it failed woefully.

I had always known my biggest mistake especially as I got older. It was certainly not about realising how wonderful I am made by God. Infact it’s the opposite. I knew how incredible I was from age 3. I never second guessed myself.

Confidence is my gift and My biggest mistake was thinking and believing everyone was as confident as I was. I thought everyone felt great with themselves and everyone was not afraid to laugh at themselves. I didn’t understand the depth of the insecurities that folks lived with. So I got burned by plenty and I burnt not a few too. My confidence was further bolstered by my parent’s being president and vice president of my fan club from my formative years.

So naturally grew up with Luke a friend said once a thousand people’s confidence. How could that be possible?
At a point I almost started apologizing for being too confident . I realized my confidence got admiration from some quarters and got resentment from more. Of course resentment would always be more what was I thinking?. However I learnt also how to handle the resentful. By not giving away an inch of my confidence.

Very early I understood that perfection does not breed confidence. It compliments innate confidence. Perfection is a process. It’s also a destination. Mistakes are allowed.
How does it sound to you reading this that I am not about to stop making my mistake. How do you stop being you? This is where someone would readily say emotional intelligence would be just great to apply here. Maybe I need a coach 😃.

Amaka Beverley Agbakoba I am quoting you here ” most life coaches I see today are people that are actually a whole piece of work who need so much personal work and are giving out what they don’t have but have learned to teach and not apply”. My response to this I guess is I believe that’s a self rescue path for most. So let them rescue others in the process and smile to the bank ☺️

Back to this life mistake conversation. Would you really do some introspection and live true to yourself and locate your mistake? Would you take responsibility for them and not make them again? Or just live with it if it’s embedded in your nature? Some many people actually have asked me if it’s possible I constantly have a party going on in my head. To which I have always answered as honestly as I can.

The first answer is simply genetics. My father was always a happy go lucky man and appreciated every one and every little favour done him. The second is the SPIRIT. THE JOY OF THE LORD IS THE KOKO. What an intoxicating mix. Nature and Spirit.

Now to the meat of the matter. The fundamental truth to take away from this article is that the Universe is configured to give you as many chances as possible. There’s always an opportunity to make amends. To get your acts together. To make a comeback. To change the course of your life. The universe is waiting and rooting for you to quit beating up yourself over a mistake and see the sea of opportunities ahead of you. Angels waiting at your command. His Blood ready to wash. His Mercy ready to resupplying. His unending blessings.

Uri is an experiential marketer and a believer in the increasing adaptations of New Media and digital skills .

A writer and a published author. She has written several human Interest articles, especially on Gender Inclusion. Among the four books she has authored a triology include “Sakadelli: So when is it Okay?, Sakadelli 2 ” Give me a break” Sakadelli Musings out in March 2023. Her other book Fine Wine “Super Confidence Book’ is also due in April 2022. Her books hav the library of Congress LOC approval and is found in the US Whitehouse under creative arts. LOC number 2020937563.

As an inclusion Advocate she is the convener of Empathy Driven Women International Initiative ( EDWIIN). A non profit organization that focuses on women and girls with disabilities . EDWIIN has also worked with the IDP CAMPS and her work has been featured on CNN Inside Africa. Her NGO has also won several awards in humanitarian activities.

She’s also grazed esteemed speaking platforms including the highest global speaking platform Ted Talk. Speaking on Women with disabilities in the Tedxmendewomen in 2017.
She is also a titled chief in her hometown. The ADA UKWU EJI-EJEMBA OF ASAGA-OHAFIA

Uri is a mother 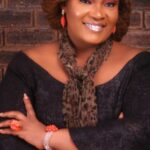