Speakers in the Advocacy session of the 2022 edition of the annual Wole Soyinka International Cultural Exchange (WSICE), holding virtually on July 13, have been unveiled by the organisers.

The WSICE 2022 programme will feature three core events as outlined below:

Treating the theme: CITIZENSHIP & NATION BUILDING: The case for Rights, Freedom & Justice, speakers will discuss the essential factors for effective mobilisation of the citizens for Nation Building.

According to Dr Teju Kareem, Executive Producer of the WSICE project, the theme is to capture the main issues of preoccupation in the socio-political situation of Nigeria in the global space.

The Advocacy session will be prefaced by Prof. Segun Ojewuyi, the Dean of College of Arts & Media, Southern Illinois University, SIU, Carbondale, Illinois USA, and co-Executive Producer of WSICE.

The Lead Speaker is the famous lawyer-political and human rights activist, Dele Farotimi, who is renowned for his consistent critique of the prevalent political system in Nigeria, as well as the activities of the political elites via his writings and diverse broadcast mediums. Easily remembered for his pro-bono legal service and material support for the victims of the #EndSARS shooting at the Lekki Tollgate, Dele Farotimi is also a regular columnist and writer via his well-subscribed website, www.delefarotimi.com, as well as his plethora of commentary on national affairs on major television and radio stations and social media platforms. He is the author of two best-selling political treatise: ‘Do Not Die in their War (2016)’; and ‘Imperative of the Nigerian Revolution (2019)’

To emphasise the involvement of the youths, which is one of the cardinal objectives of the project, two youth activists have been included in the line-up; and these are:

Goodwill messages are expected to be delivered by:

The session will be moderated by Victory Ashaka, a performance poet and youth activist, who is currently a student of Lagos State University, LASU. Ashaka is a past host of the Youth Advocacy session of the programme. 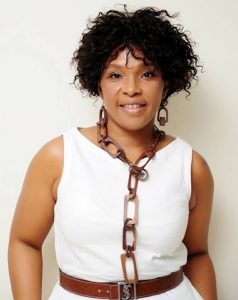 The edition, as is traditional since inception, is to celebrate the 88th birthday anniversary (July 13) of Wole Soyinka, the “Global Humanist”, who through “his exemplary life choices and over six decades of illustrious careers of writings, activism and agency of numerous and varied interventions in global affairs, has helped to shape the cause and course of our collective humanity,” stated Kareem. Chief Executive of Zmirage Multimedia company, the main corporate promoter of the project. 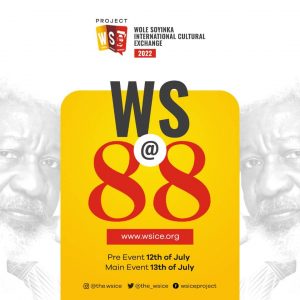 The WSICE is organised on the platform of the OpenDoor Series Project WS, an international cultural exchange programme designed for the purpose of using the platforms of Arts (literary & performing) and Culture to affirm and uphold the dignity of man. Focusing on the youths as the future of humanity, the ICE seeks to foster unity among mankind regardless of race, age, gender and faith. The project uses the instrumentality of the Arts to evaluate developments in the society and proffer solutions to challenges confronting the unity and sanity of our common humanity, and development of our world. Though the base is Nigeria, the world in general is the WSICE’s turf of engagement.