Everyone talks about cryptocurrency but very few people have a good understanding of what it really is. Even fewer people understand what blockchain stands for and what makes up an NFT.

Blockchain is simply a new way of recording information. Surprised? Well, that is what it truly is. But when you consider that your account balance is simply a figure in the bank’s database, your very important monthly salary is possible because your information is in your company’s payroll table, and your financial investments are simply figures in a database; then you understand that pretty much everything in the modern business world is powered by information recording.

Imagine that God held the records of all you own and that should be passed down to your children and grandchildren, and anyone could go to God to check those records. Think of what huge peace of mind you would have and how easily you would go about your daily work knowing that everything that is important to you is safely guarded without any risk of loss or alteration in God’s database. Now stop imagining, because we already have this – blockchain. Blockchain is exactly what I have described as that easily accessible immutable forever database.

Blockchain is a technology that allows recording of information in a way that is impossible to change, easy to view by anyone and permanent. It achieves this by having the information recorded on a ledger that is separately saved on thousands of computers across the world with special protective stamps (digital signatures) so it becomes extremely difficult for anyone to change the record as he would need to break into those thousands of computers at the same time and figure out the super hard to crack digital signatures. You might say that it is possible, however the practical resources and will required to achieve that is so huge that the hacker would rather spend much less resources on breaking into a regular bank’s database or even a country’s central bank database. A blockchain is also called a Distributed Ledger Technology (DLT). 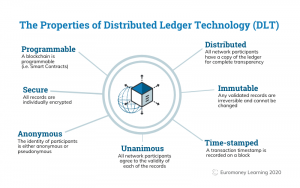 Now that we are clear about what a blockchain is, what then is a cryptocurrency? A cryptocurrency is digital money built on top of blockchain. Put differently, it is one of the applications of blockchain to solving one of the biggest problems we face today with international commerce. Today, if you need to send money from Nigeria to someone in Brazil you will go through frustrating hoops and high expenses if you try to use the banks and other conventional ways of payment. And same for someone in China trying to send you money here in Nigeria.

READ ALSO: What You Need To Know About Stock Market System

Some very smart people decided to take the blockchain (remember it is accessible to everyone) and build a system of payments and store of value on it. That way everyone interested can get their own equivalent of an account number on it, give it to anyone to send them money and never worry about someone fiddling with their account balance. On top of this simple process, transfers and payments made via cryptocurrencies are very fast and almost free of expenses. You can relocate to any country in the world and know for sure that your money is intact and always accessible, unlike it is with most regular bank accounts. Try accessing your bank account in a country that’s suddenly on US or EU embargo even if your bank is not a US or EU bank. And if your bank is in the developed world, they sort of freeze your account if you try to access it in some developing countries and tell you it is their automated fraud prevention system.

Well, fraud is not prevented in cryptocurrency accounts by locking you out of your own accounts until you physically go back to the country you opened the account from and fill some annoying forms or spend hours on phone with a bank representative. Fraud is prevented by you not giving someone else access to your private log-in information, the very way you prevent someone from breaking into your house by not giving them your house keys rather than your landlord locking you out because he suspects someone is trying to break into your house.

Currently, there are thousands of cryptocurrencies and the most popular are Bitcoin, Ethereum and Tether. And they are open for use to everyone. Many people are of the opinion that cryptocurrencies are unsafe and can suddenly drop in value or disappear. They are very much like the fiat currencies we have come to trust. You could have put your money in Zimbabwean dollars in 2008 and watch your 1 million ZWR that could buy you a Toyota Camry become so worthless that you couldn’t buy a loaf of bread with the same money just a year later. But you didn’t. So also you should not put your money in terrible cryptocurrencies. There are cryptocurrencies like USDC, BUSD and USDT that are just as stable as the US dollars.

NFT? What is that? Well, NFT stands for non-fungible token, and true to its English words, they are truly one of a kind assets built on blockchain. So, like cryptocurrency, it is another interesting application of blockchain.

There are many confusing information online about its relevance and use but I will cut through the noise and show you the valuable use of NFT. Say you are Obesere, Timaya, Wizkid, Davido, Simi, Tope Alabi, Sinach or any for-profit musician; you could sack your promoters/agents and create NFTs that anyone who wants you to come sing at his event will buy and redeem to get that service without him needing to go through an agent or a middleman. Then say you are really super excited about NFTs, you can do special video clips or songs that have just 5 signed copies and sell them for US$100,000 each. And if you a less moral artiste, you can sell private revealing photos of yourself for US$10,000 to diehard fans. But if you are all about investments and finance, you may want to grab a piece of land in a leading metaverse so that you can sell later when price shoots to the moon.

Essentially, NFTs are a way of creating and selling one of a kind digital assets. It is accessible to everyone and can be the next pot of gold for creators/artistes.