According to a statement from the tech company on Thursday, May 12, 2022, the tools include, new ZBook mobile workstations, the HP ZBook Studio G9 and HP ZBook Fury G9, two new Z displays, a new Thunderbolt G4 Dock.

Built for professional creators, the latest Z by HP solutions unlock more power and performance, seamless collaboration, and the ability to create without limitation.

Professionals need the power to create with speed and fluidity, no matter where they are. 25 per cent of creative professionals who work on the go reporting, struggle to stay productive, and 50 per cent saying they work at home or in a hybrid model, being empowered to do their best work from anywhere is essential.

Whether creators are at a desk in the office, in their home workspace, or in a more agile on-the-go setting, they need powerful and flexible technology that accelerates their most demanding workloads and enables seamless collaboration, so that every idea can be brought to life – wherever inspiration strikes. 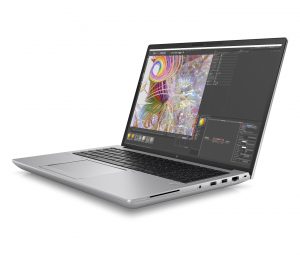 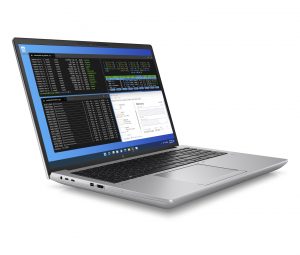 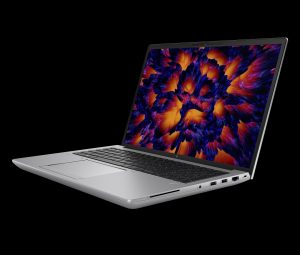 According to Jim Nottingham, general manager and global head, Advanced Compute and Solutions, HP Inc., “Creative professionals want personalised hardware and software experiences that provide them the freedom to pursue their passions and create without their technology or location holding them back.” He further stated that “Today’s Z by HP announcement blends cutting-edge technology with the versatility of a combined ecosystem to make every creative idea a reality.”

Change the Way the World Creates

Creative and technical professionals depend on powerful and flexible technology to push the boundaries of their creativity. With 43 per cent of architecture, engineering, construction, and operations (AECO) professionals wanting a faster CPU and 30 per cent a faster GPU, today’s creatives want a device that doesn’t interrupt nor impede their workflows. Creatives’ devices need to become a transparent window into their imagination.

The new ZBook Fury G9 and ZBook Studio G9 help media and entertainment artists, AECO and product development professionals, and data scientists tackle multiple heavy workflows. Powered by a desktop-class Intel® 55-watt CPU and up to a professional-grade NVIDIA RTX™ A5500 Laptop GPU or AMD Radeon™ Pro GPUs, the ZBook Fury is so powerful it’ll make creators and technical professionals forget it’s a laptop. From 8K video editing to 3D visualisation to machine learning, the new ZBook Fury provides the performance required in today’s most demanding workloads. The ZBook Studio G9 is engineered to deliver fast, frictionless pro-level performance with up to an Intel Core i9 vPro CPU, NVIDIA RTX A5500 or GeForce RTX™ 3080 Ti. Models equipped with NVIDIA RTX and GeForce RTX GPUs are validated by the NVIDIA Studio program.

According to the company, they deliver performance and stabilisation optimisations for the most popular creative applications, coupled with access to exclusive NVIDIA Studio software: Omniverse, Broadcast, and Canvas.

The ZBook Fury G9 and ZBook Studio G9 enable creators to immerse themselves in their work wherever inspiration strikes.

When working through complex workflows like video editing, CAD designs, or analysing large datasets, a dual screen setup can increase productivity by up to 31 per cent it further indicated.

Also, the new HP Z24m, now with a conferencing experience, and HP Z24q 23.8″ quad HD displays offer a 90Hz refresh rate to create with unhindered fluidity, exceptional front-of-screen color with factory color calibrated sRGB and P3 calibrated color spaces, plus VESA DisplayHDR 400 for more dynamic visuals and true-to-life color accuracy across both screens. Share every idea with colleagues and clients on the HP Z24m with its integrated conferencing features that include a tiltable 5MP webcam, dual noise-canceling microphones, as well as dual speakers. Plus, enhanced by HP Presence includes Auto Lock and Awake proximity sensor which gives users peace of mind that their privacy is protected and customised to their credentials. Both the HP Z24m and HP Z24q are four-sided borderless displays to provide an all-around uninterrupted view.

The HP Thunderbolt G4 Dock helps seamlessly connects the entire Z ecosystem, boosting security, productivity, and connectivity, allowing users to take control of their desks and reduce cables. 66 per cent of employees report that they prefer to use a dock at home, and agility in any workspace allows workers to connect, create, and iterate within seconds. The HP Thunderbolt G4 Dock brings up to 280W of power, the ability to fully charge any laptop or mobile workstation with superfast Thunderbolt™ 4 technology, and double the ethernet speed than previous generations for fast downloads. Additionally, as the world’s most secure dock, IT managers and users can feel safe and secure from the moment they connect with HP SureStart.

The definition of a professional creator has extended beyond the traditional artist, architect, photographer, animator, and video editor. Just as traditional creators use computing power to create 3D models, architectural designs, video games, and movies, data scientists similarly use computing power to create business insights from data. Select Z by HP data science workstations eliminate some of the most common challenges data scientists face day-to-day by delivering the right tools to turn complex data sets into actionable insights. 42 per cent of data scientists say that configuring their environment takes too much time.

Now, with the introduction of the Z by HP Data Science Stack Manager, the world’s first workstation OEM developed graphical user interface for customising data science software available on both Ubuntu and Microsoft WSL2, it becomes even easier for data creators to customise and manage their data science environments specific to each project – further accelerating workflows. This curated and managed software stack takes the guesswork out of creating the optimal data science environment by testing and preloading popular data science tools including select packages from Intel’s oneAPI AI Analytics Toolkit, as well as Pytorch, Python, NVIDIA RAPIDS, and more.

The first step toward combining the best of both Emmy® award-winning remoting software solutions came in December 2021 with the HP Teradici single subscription. Now, Teradici and HP have launched the first beta release of HP Anyware, the enterprise IT software that keeps people and teams productive by providing secure access to their digital workspaces. HP Anyware integrates Teradici CAS and ZCentral Remote Boost features into a single solution that gives companies the flexibility to harness the power of their cloud, data center, edge, OS, or workstation infrastructure to deliver the ultimate user experience to end-user devices (PC, Mac, laptop, tablet, thin and zero clients).