Anambra State Governor Prof. Chukwuma Soludo has assured people of the state enhanced security and peace with the support of Community leaders.

Soludo reiterated that his administration is working on reviving and re-organising the State Vigilante and intelligence gathering with the community participation to boost security.

He advised the people to refrain from the culture of silence and report criminal elements within their community to security agencies.

He emphasised that his administration remains committed to policies and projects that will drive the socio-economic development, creation of job opportunities that will prosper the people of Anambra State.

Governor Soludo made the point during Town Hall meeting with all traditional rulers, Presidents-General and Community Youth Leaders at the Dora Akunyili Women’s Development Center, Awka, capital of the state. 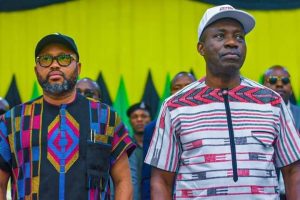 He stressed that Onitsha will be revamped so that shopping in that part of the state will become a pleasurable experience as it was in years past.

He equally renewed his call on the people to patronize made in Anambra products especially shoes and clothing, adding that his administration will declare a state of emergency on infrastructure especially on road construction to aid movement of goods and services.

Earlier, the Deputy Governor, Dr. Onyekachukwu Ibezim made a presentation of the clean up exercise embarked upon by the government in Onitsha and its environ. The presentation showed “before and after” pictures of the successful exercise. 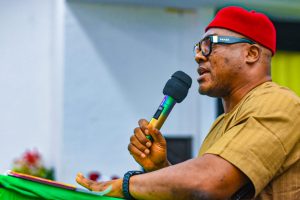 The Commissioner for local government and chieftaincy matters, Mr Collins Nwabunwanne said the engagement in Onitsha by government will be sustained for a cleaner and healthy environment. 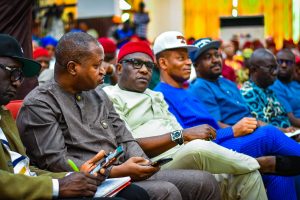 On their part, the Commissioners of Homeland Affairs, Mr Chikodi Anara and Rtd AVM Ben Chiobi, Special  Adviser on Security both emphasised on the need for the people to support and cooperate with the security agencies, adding that government mission is to take back Anambra and restore it to its full glory.