Human rights activist, Senator Shehu Sani has berated the Nigerian government over the outlook of the new N200, N500, and N1,000 notes unveiled on Wednesday by President Muhammadu Buhari in Abuja.

The unveiling took Nigerians by surprise as the Central Bank of Nigeria (CBN), Governor, Godwin Emefiele, had announced last month that the new naira notes would be introduced into the financial system by December 15, 2022, while the old ones would cease to be legal tender from January 31, 2023.

Buhari however, formally launched the new currency notes during the Federal Executive Council meeting on Wednesday in the State House, Abuja.

With the release of pictures of the new notes, Nigerians took to social media platforms to comment on it. While some condemned the design, others said the colour and design do not matter but the intended benefits of the redesign policy.

Sani who had represented the Kaduna South Senatorial District in the national assembly, wrote in his official Twitter handle, condemning the colour of the design, adding that the redesign have no economic value on the currency.

He said, “If it’s Naira colour, the CBN should have just engage Snapchat.”

In another tweet, Sani said “What shall it profit a Naira if it can get a whole new colour and still lose its value.”

Some however, said the currency reissue would help in curbing inflation and prevent vote-buying during election next year by reducing the volume of money in circulation.

A Twitter user identified as Emmanuel Fidelis Okusaga @Okpako_2 in reply to Shehu Sani, wrote: “The redesigning is a financial or economic policy aimed at reducing the amount of money in circulation.

“In fact the naira ought to be redesigned before every election year to prevent your colleagues who have hidden dollars for votes buying.”

On his part, Charles Awuzie, a software engineer and member of the Forbes Business Council said the new naira notes was just a reduction of colour to reduce the cost of printing. 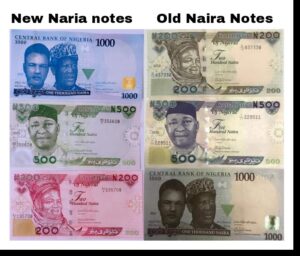 Awuzie said the cost of printing the Naira bills increased by 143 per cent in the last seven years, which according to him, has affected printing of lower currency denominations like N50, since it costs the same with that of N1,000.

The cyber security intelligence expert blaimed the rising cost of printing the naira on the ex-CBN governor, Prof. Chukwuma Soludo, who he said oversaw the design of currency notes with multiple colours.

He said, “Permit me to think differently on the new Naira. It is a great improvement to our National Currency Printing System.

“Just to print 2.5 Billion Naira Notes in 2020, we spent over 58 Billion Naira. The value placed on those notes are determined by market forces which means as the value of Naira continued to fall, we would end up spending more money to print ‘worthless’ notes. This would have been bad for our Currency.

“The intervention of the CBN to remove some colours from Soludo’s multi colour N1000 was long overdue. The reduction of the colours in the notes is a confirmation of the unintelligence of Charles Soludo.”

Mr. Awuzie said it was the Labour Party presidential candidate, Mr Peter Obi who pointed out earlier this year that Nigeria was spending more money in printing the “multi colour worthless notes,” and that CBN simply acted on that observation.

He further accused the apex bank of deceiving Nigerians by saying that they were re-designing Naira notes to justify the amount budgeted for the project.

He urged Nigerians to demand accountability from the CBN about the currency re-design project.

“The CBN deceived Nigerians by saying they were Re-Designing Naira Notes. They probably used the word ‘Re-Design’ to justify the exaggerated amount they assigned to themselves for the ‘re-design’ of the notes in question. This is simply a colour reduction process which removed magenta from N1000, black colour from N500 bill and leaving N200 with only magenta. This is colour reduction, NOT Re-Designing.

“I therefore urge Nigerians to demand accountability from those who managed the so called redesigning project – our money has gone down some snake throats,” Mr. Awuzie stated.

Okotie To Shehu Sani: I Am not Seeking Power