Mosquitoes besides carrying different species of Plasmodium that cause malaria, also carry many viruses that cause chikungunya, Zika, West Nile, yellow and dengue fevers.

The use of insecticides to control mosquitoes are not only dangerous to human and animal health but also contaminates the environment, and in some cases has given rise to insects acquiring resistance to the insecticides.

An effective and more environmentally friendly way of insect control is genetic modification. These genetically modified insects then act as living insecticides. Thus, by this method, the use of chemical insecticides, which are harmful to the environment, is avoided.

The latest method as announced by Oxitec (Oxford Insect Technologies), UK, is to genetically engineer male mosquitoes so that they carry a gene lethal to female offspring. Remember that when a male mates with a female, the offspring carry half of both parents’ chromosomes; therefore, a mosquito offspring inherits one chromosome from each parent.

In the module used by Oxitec, Aedes aegypti mosquito males were used as vectors for the lethal gene. When the male mosquito mates with a female, the lethal gene is transferred to the female offspring, which die before they can reproduce while the male offspring survive when both are reared under controlled conditions with an antidote. Thus, each generation of males upon mating with females, will pass on the gene to female progeny which die in early larval stage. By this method the population of female mosquitoes are reduced or controlled.

But why would the GM males survive and not the non-GM female mosquitoes? Oxitec created a combination of DNA sequences from the bacterium Escherichia coli and from the herpes simplex virus. The construct constituted the lethality gene, which is named “tetracycline transcriptional activator variant” (or tTAV). The gene encodes a protein that blocks transcription of several other genes required for mosquito development. But, the tTAV protein cannot prevent the transcription of other genes when it is bound to the antibiotic, tetracycline. Therefore, tetracycline acts as an antidote or a repressor of the lethality gene.

In order to trace the mosquitoes carrying the lethality genes, the genes were cloned into an expression vector that was coupled with a protein called the green fluorescent protein (or gfp). This protein is normally isolated from the jellyfish, Aequorea victoria, and when exposed to UV light fluoresces bright green.

The researchers from Oxitec first established the range within which the male mosquitoes operate, which was a maximum of 400 meters (or 0.4 km). The engineered mosquitoes were released to interact with wild female mosquitoes and in the process pass on the lethal gene to half of the offspring. The lethal gene was found to remain active for 3 months, infecting generations of mosquito offspring before it disappears.

As attractive as such innovation is, there are many drawbacks. The ecosystem will be affected by the eradication of mosquitoes as bats, birds, spiders, beetles, dragonflies, fish, frogs and tadpoles, rely on mosquitoes for food. And what if the female progenies acquire a resistance to the lethal gene and pass that gene to humans? This was an important issue protesters raised when Oxitec wanted to conduct a test trial in Florida Keys, USA. The company did assure the residents that the technology is safe, but the residents remained skeptical. Ditto the same reaction in Brazil. Therefore, Oxitec would have to engage in extensive public enlightenment campaign to gain the trust of the public before releasing such technology into the environment.

Another issue with the technology is that the water used in rearing the GM larvae would require special treatment to remove the tetracycline it contained before disposal. This treatment is important to avoid the spread of bacterial antimicrobial resistance (AMR), which in 2019 was estimated to have killed 4.95 million people worldwide; with western sub-Saharan Africa taking the highest hit at 27.3 deaths in every 100,000 persons.

It must be pointed out that for years there have been methods developed in which microorganisms are used to control the population of mosquitoes. For example, a bacterium called Bacillus thuringiensis variant israelensis (Bti) originally isolated from mosquito larvae in a stagnant pond in the Negev Desert of Israel, carries a crystal toxin that upon ingestion kills larvae of Aedes argypti mosquitoes, fungus gnats, and black flies, while having almost no effect on other organisms. In fact, a formulation of the bacterium (Bti) is commercially available at Amazon and other shopping outlets.

Another bacterium called Bacillus sphaericus is used to kill the larvae of Culex and Anopheles mosquito species. In 2017 the US Environmental Protection Agency (EPA) approved the use of a bacterium called Wolbachia pipientis for use in killing mosquitoes of the species Aedes albopictus, otherwise known as Asian tiger mosquito.

A technology that has been developed to not only control mosquitoes but other “nuisance” organisms is called, Gene-drive technology (GDT). This involves editing the genome so that there is a rapid spread of a genetic element of choice within a population. And by changing the genome of an animal population, diseases could be eliminated and pests controlled.

The GDT system uses the CRISPR editing tool and some bits of RNA to change or silence a specific gene, or insert a new one. In the next generation, the whole drive copies itself onto its partner chromosome so that the genome no longer has the natural version of the chosen gene, but instead has two copies of the gene-drive (see figure). By this method, the desired change is passed on to all of the offspring.

Gene-drive technology is a good method to spread a lethal gene amongst mosquito populations. And since 2014, scientists have engineered CRISPR-based gene-drive systems in mosquitoes, fruit flies, fungi, and in mice.

Gene-drive technology is used as a means to manipulate or eliminate a population, but would nature allow it? There have been several evidence in the lab of animals developing resistance to the technology. Tests in fruit flies have shown that resistance due to mutations in the sequence designed to recognise CRISPR prevent the natural gene from being edited. Also in mosquitoes, gene-drive target change decreases over multiple generations due to resistant mutations at the target gene.

But the current method scientists use to overcome these resistance mutations is to pick genes that are highly conserved. A conserved gene is a gene that has remained unchanged throughout evolution because it is important, and any change in that gene results in the death of the organism. Therefore, nature deliberately left that gene unchanged; and picking these genes as gene-drive targets would mean fewer mutations and less resistance.

This (conserved gene) technique was used to disrupt a fertility gene called, doublesex, in Anopheles gambiae mosquitoes. Because doublesex is important for reproduction, it is resistant to mutations, which includes those that would confer resistance to a gene-drive construct. With this doublesex drive engineered into the female An. gambiae mosquitoes, they cannot bite nor lay eggs, thus the population of these mosquitoes was drastically reduced in controlled tests carried out. Not only was there no resistance mutation development, but the change remained stable for 12 generations.

Gene-drive technology could be used to edit the genome of a population, therefore, it is potentially dangerous if misused. The safety practice currently in operation is, while building a new gene-drive, to also build a reversal drive to overwrite the original drive on command – a sort of built-in control. The US Defence Advanced Research Projects Agency (DARPA), a research arm of the US Department of Defence is quite keen in gene-drive technologies (for obvious reasons), and has funded a lot of such projects. 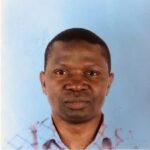 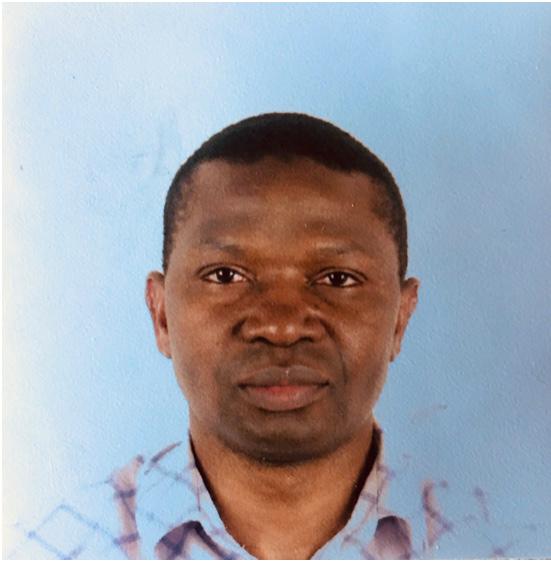