THE leadership crisis in the Peoples Democratic Party had another twist on Thursday, as the embattled National Chairman of the party, Prince Uche Secondus was reinstated.

He was reinstated by Justice Nusirat Umar of a Kebbi High Court.

Secondus was restrained from parading himself as the National Chairman or PDP member by Justice O. Gbasam of Degema Judicial Division Vacation Court sitting in Port Harcourt, on Monday.

However, Justice Umar while giving the order in a suit brought before her in Birnin Kebbi, said she was satisfied after reading the affidavit of the respondents that an interim order should be granted on the purported suspension of Prince Secondus pending the determination of the case.

The order reads: “An order of this Honourable Court granting leave to the first respondent (Uche Secondus) to continue exercising all the constitutional powers of the office of Chairman of PDP (second defendant ) as enshrined in both 1999 Constitution of Nigeria as amended and the Peoples Democratic Party’s constitution pending the hearing and final determination of applicant’s motion on notice.”

Three concerned members of the party, Yahaya Usman, Abubakar Mohammed and Bashar Sulaiman are the claimants/applicant in the case while Prince Secondus and the PDP are the defendants/respondents.

See the court document as obtained by Prime Business Africa below: 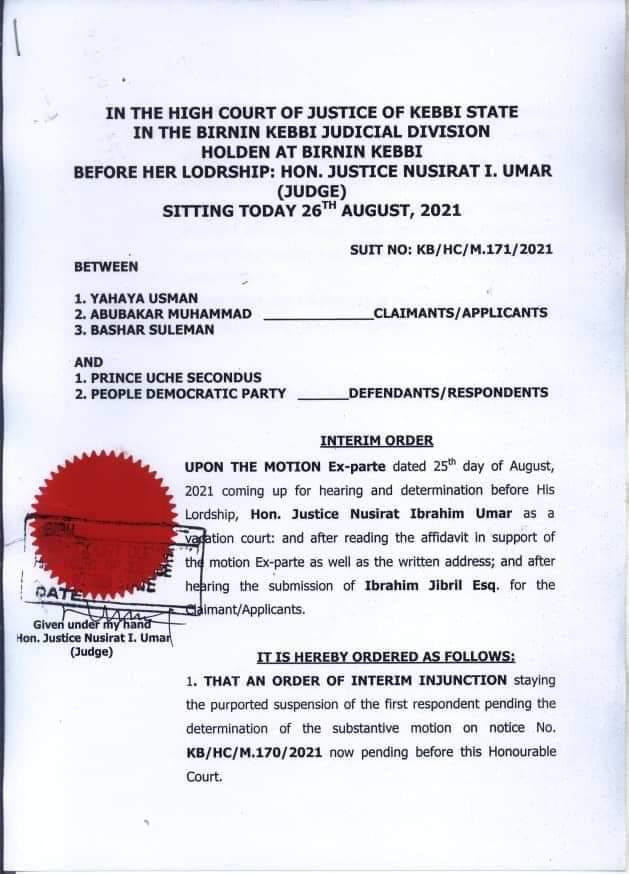 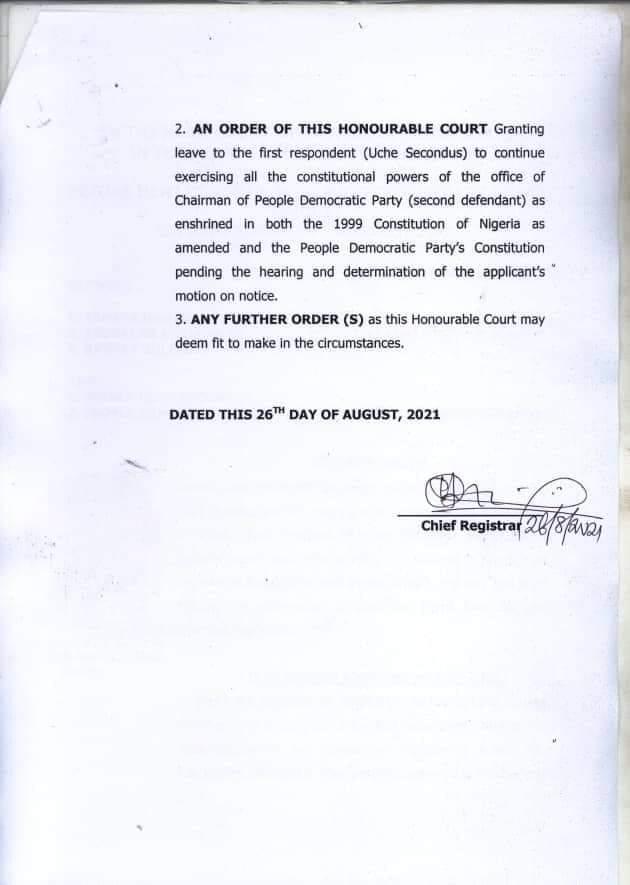