Business outlook for Nigeria’s Southwestern state of Oyo has been described as positive. The confidence rating for businesses in the state stands at 72.2 per cent in the first quarter of this year, according to a Business Expectation Survey conducted by the Office of the Special Adviser to the Governor on Economic Affairs, Professor Musibau Babatunde.

Oyo officials say this is the first time such investigation would be conducted for the state.
The survey showed that businesses in the state have high chances of improving their financial position, volume of order, sales and purchases, business expansion and general business activities.

A statement by the Chief Press Secretary to the governor, Mr. Taiwo Adisa, indicated that business owners envisage improvements in their financial condition (78.55 per cent), volume of order, sales and purchases (78.55 per cent), business expansion (78.23 per cent), general business activity (77.97 per cent) and macroeconomic outlook (76.08 per cent). These improvements, the report stated, are despite the challenging environment occasioned by macroeconomic factors such as inflation rate, exchange rate and borrowing rate.

The Quarterly Survey, according to the report, sampled 2,230 businesses, which were successfully interviewed across the 33 Local Government Areas of the state, with 83.7 per cent of the businesses operating in the Service Sector, 13.8 per cent in the Industrial Sector and 2.5 per cent in the Agriculture Sector. The report noted that though the respondents reckoned that the business environment is challenging, they rated their business expansion plans better at 59.94 per cent, employment situation at 59.37 per cent, capacity utilisation at 56.45 per cent and financial condition at 55.11 per cent.

The report added that respondents rated macroeconomic factors such as inflation rate at 17.44, exchange rate at 21.39 and borrowing rate at 32.1 low, stating, however, that the level of confidence is high across all classifications of businesses.

The report also stated that the COVID-19 pandemic and macroeconomic conditions are major constraints to businesses in the state, noting that “COVID-19 is rated lowest as an enabler, making it the biggest constraint to businesses.”

Other major constraints are inflation and exchange rate, power and water supply, interest rate and fuel price fluctuations.
These constraints affect businesses in all areas, the report stated. 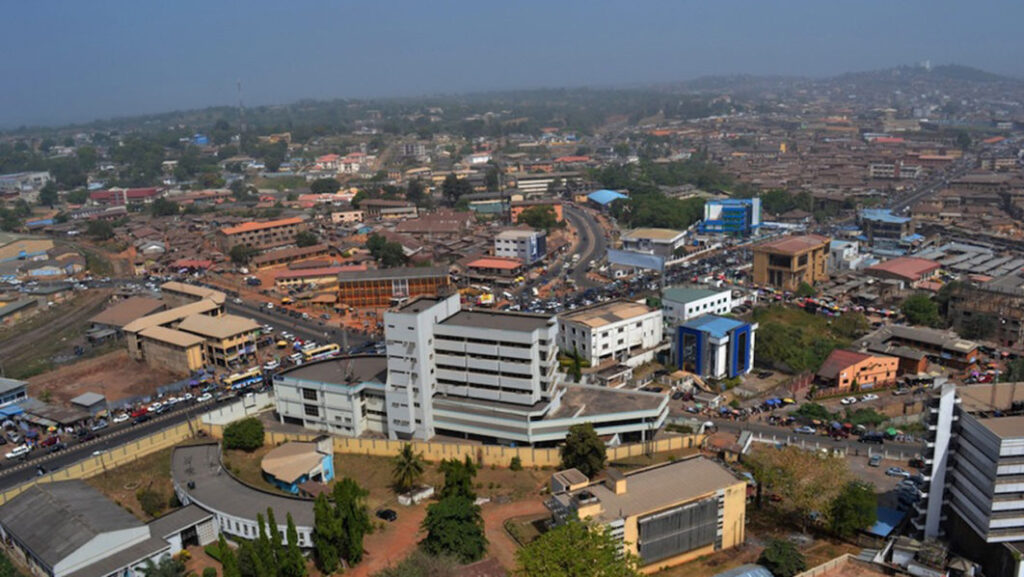 It noted, however, that the Ease of Doing Business in the state is viewed as fairly enabling, adding that the respondents requested for more support from the state in terms of provision of funding, security, training and basic amenities.

According to the 17-page summary of the report, the policy implications of the report indicate that the government would need to address the needs of businesses by providing more funding, improving security, empowering through training, providing amenities and that the government should also take into account the constraint of COVID-19 when implementing policies and intervention programmes on businesses.

The report added that “while a state like Oyo cannot single-handedly change the macroeconomic variables like inflation, exchange and interest rates, being major determinants of business expectation and confidence, it is suggested that innovative programmes need to be introduced to ameliorate their impacts on local businesses.”

Commenting on the outcome of the report, the Special Adviser to the Governor on Economic Affairs, Professor Musibau Babatunde, said that the positive outlook and confidence level for businesses in Oyo State is a result of Governor Makinde’s business-friendly policies that cut across the different sectors of the state. He added that the Oyo State Government is already addressing the challenges facing businesses in the state as highlighted in the report, especially those within its control. According to him, the state government’s investments in the security and infrastructure space are targeted at improving the economy, while its policies on Ease of Doing Business and other related matters have brought about “noticeable improvements.”

Guess Who Makinde Reveals As New Olubadan On Monday!